With summer coming to an end it’s about time I catch up on our summer travels. We definitely experienced hotter than normal temperatures everywhere we’ve been, and it sounds like that’s been the case for much of the country. We tried to make the best of the high temps by heading out early and/or late in the day. We also encountered some very high winds in some areas. I last sent an update just before we arrived in Cincinnati so that’s where I will pick up.  We really enjoyed our time there except for the heat! And we needed more time ~ there’s so much to do!  Below are some general views of the city. 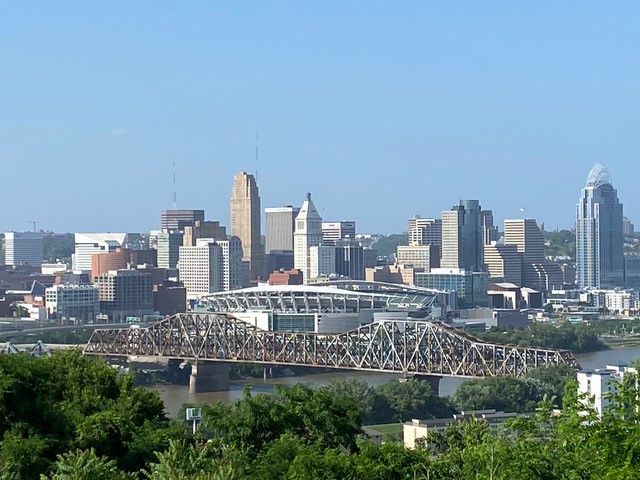 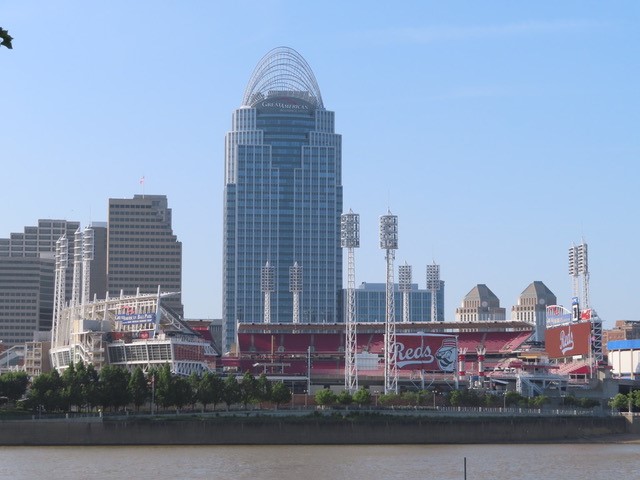 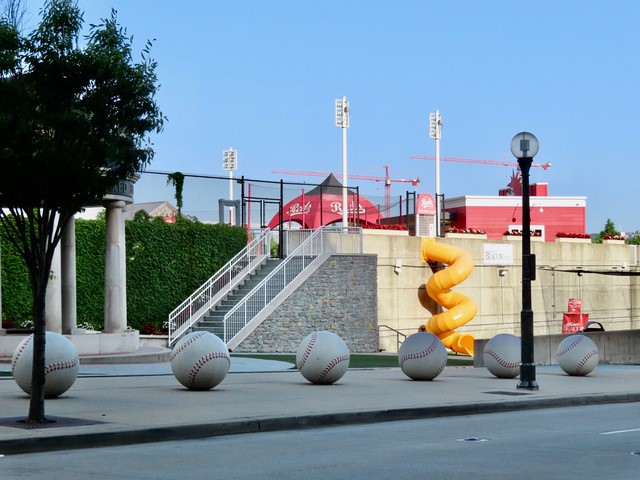 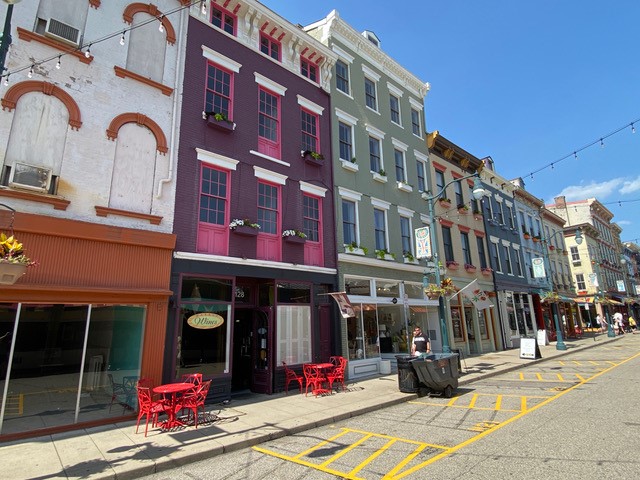 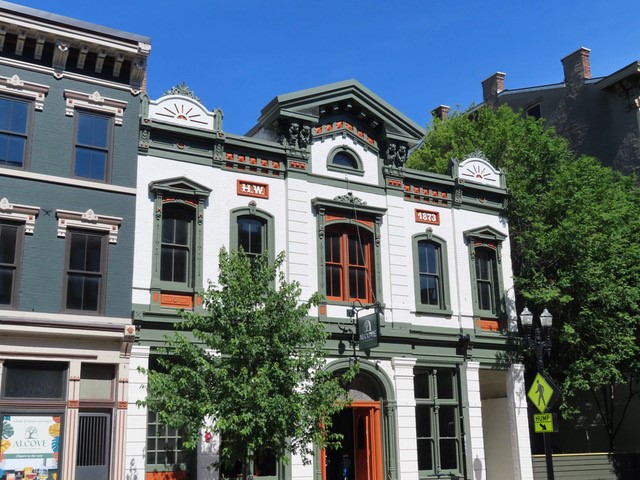 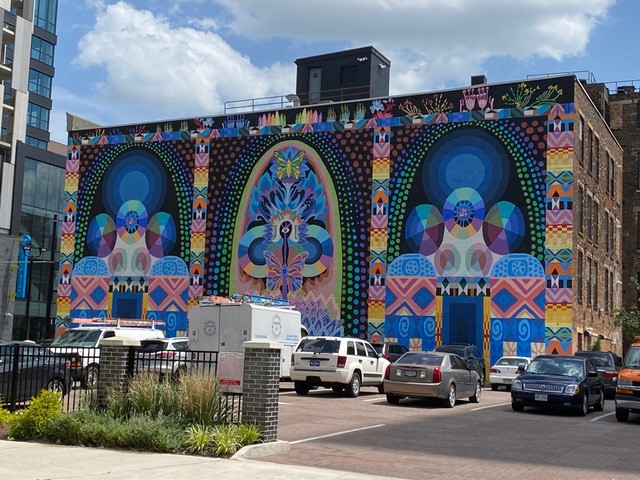 We visited Union Terminal with some friends who live about an hour outside Cincinnati. It’s said to have the largest half-dome in the Western Hemisphere. The art deco style architecture is stunning. The rotunda has two enormous mosaic murals with each tile being only the size of a nickel. Today the terminal is served by Amtrak, houses 3 museums and an OMINAX Theater. We chose to watch Into America's Wild in the theater. If you ever visit, check out the Secret Whispering Drinking Fountains in the rotunda! 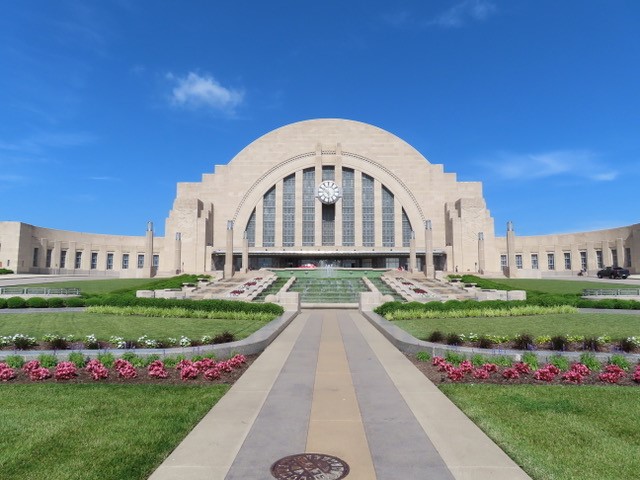 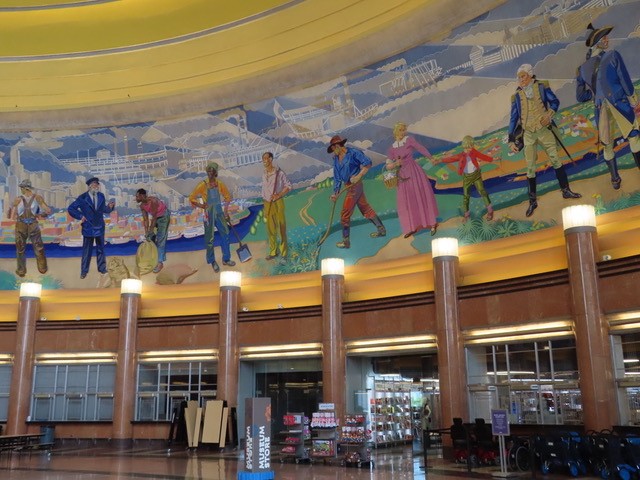 The John A. Roebling Suspension Bridge connects Cincinnati to Covington, KY. When it opened in 1866 it was the longest suspension bridge in the world until it was overtaken by John A. Roebling’s most famous design in 1883, the Brooklyn Bridge. 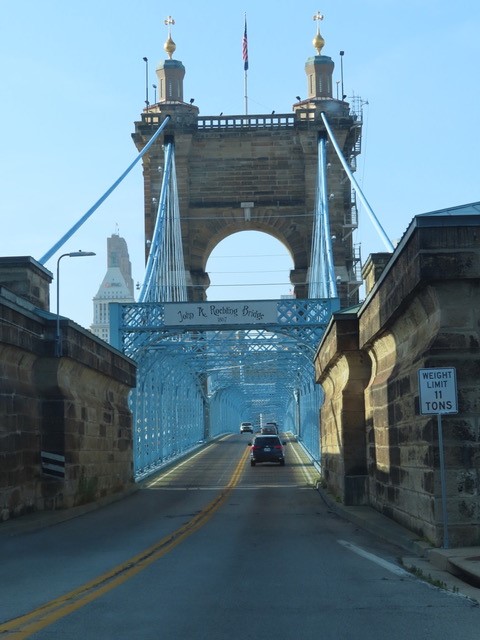 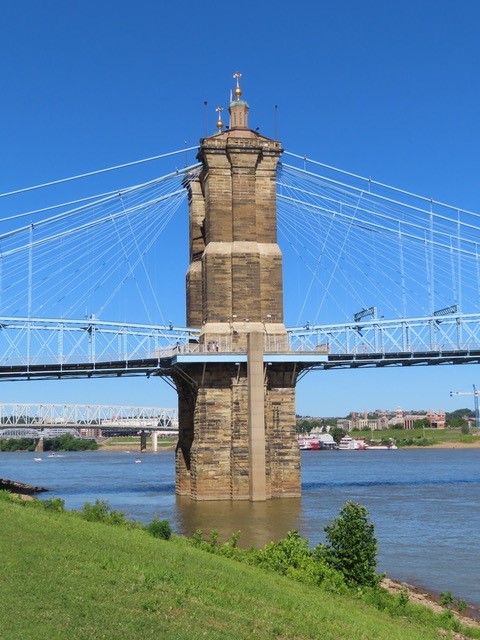 There are several bridges that cross the Ohio River between Cincinnati and KY. We rode our bikes across the Purple People Bridge which is a pedestrian bridge; it turned 150 this year. Two lanes of this bridge can be rented out, and there was an event going on the day we rode across. The music was VERY LOUD! We biked along both sides of the Ohio. You can park all of the way to the river in this parking lot! 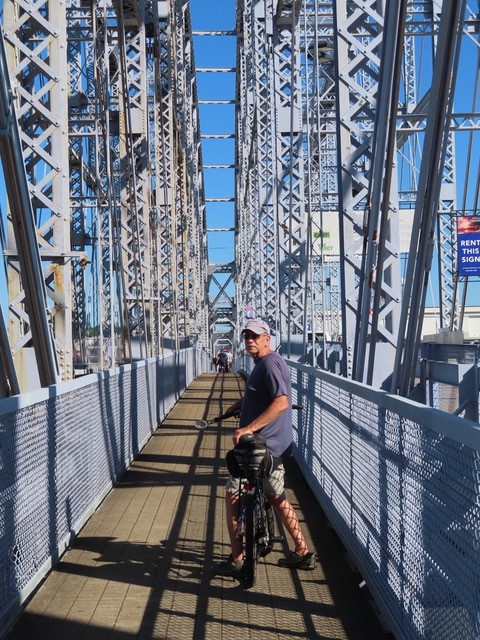 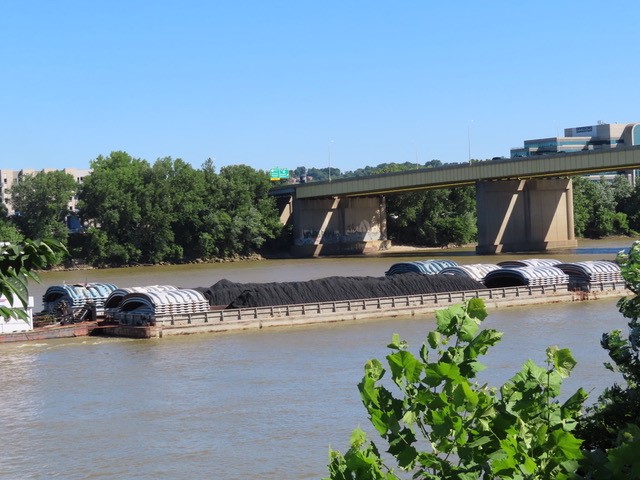 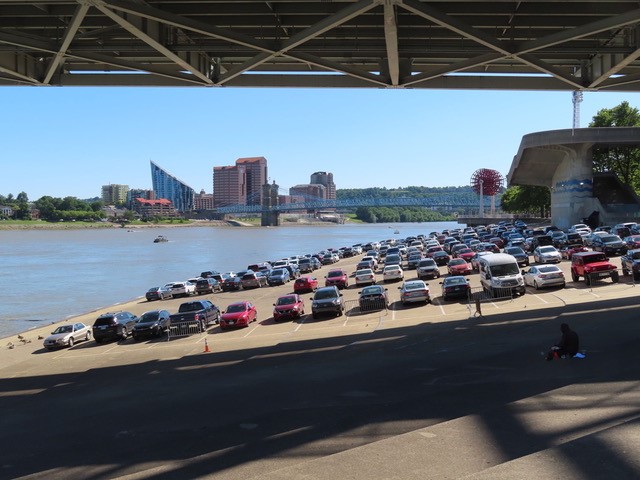 Cincinnati is known as the Queen City; it's also known for its flying pigs. Currently, there are about 60 around the city. There have been up to 500 in the past. Between the 1820’s and 30’s Cincinnati was the chief pork processing center in the U.S. It was soon given the nickname Porkopolis. Luckily, it was short lived as Chicago became the next leader of pork processing taking over the nickname as well.  As for the flying pig origin, believe whatever story you wish ~ I just decided to enjoy this quirky statue. 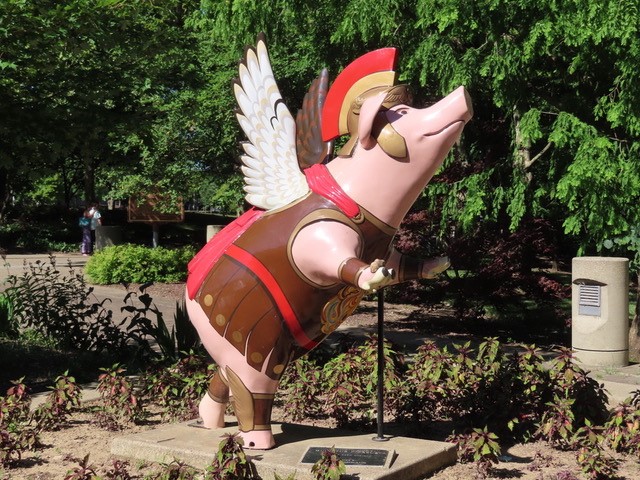 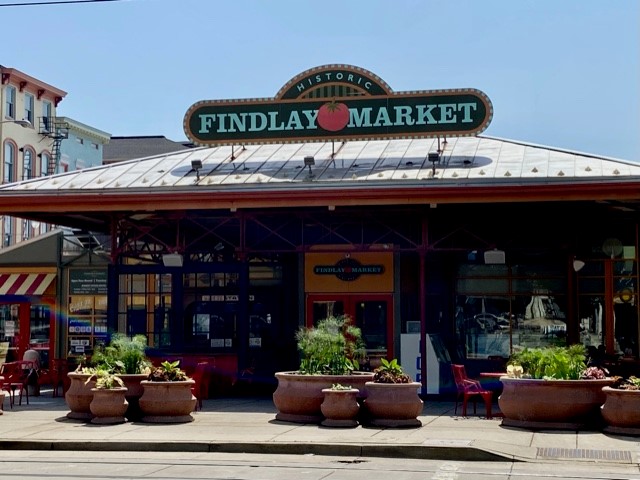 Findlay Market is Ohio’s oldest continuously operated public market. There are indoor and outdoor merchants, some of which sell prepared foods. 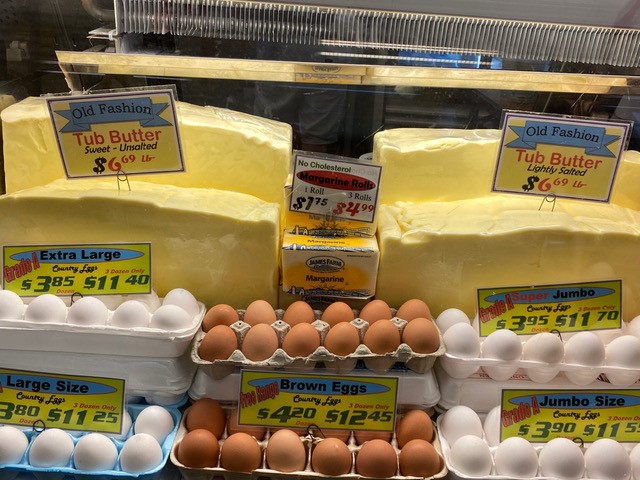 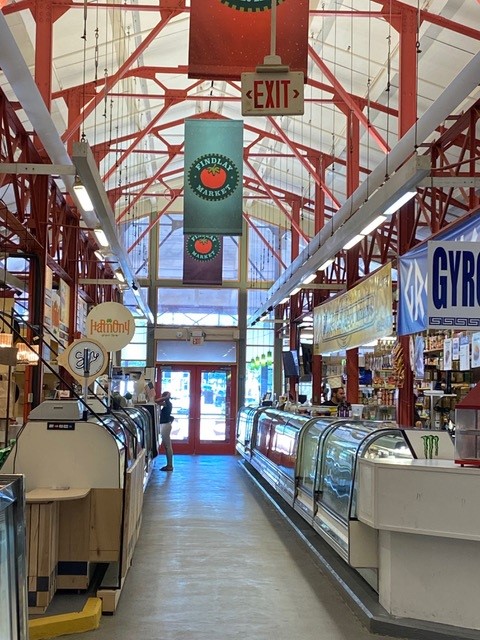 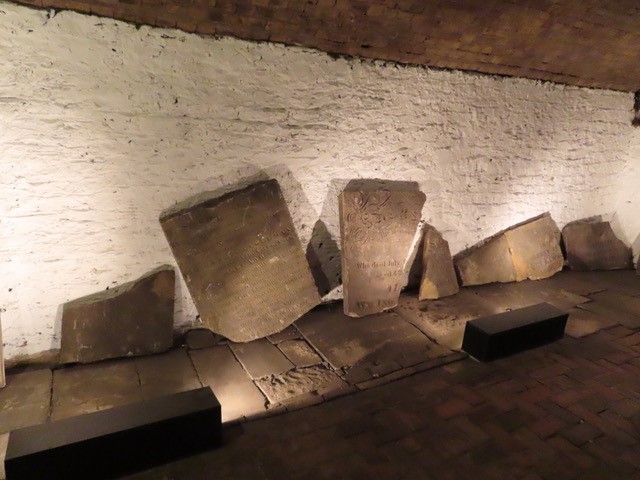 We took a Queen City Underground Tour which also included walking thru part of the city learning about places along the way. Our first underground stop was at St. Francis Seraph Catholic Church to visit a crypt where some of the first residents of Cincinnati are buried. 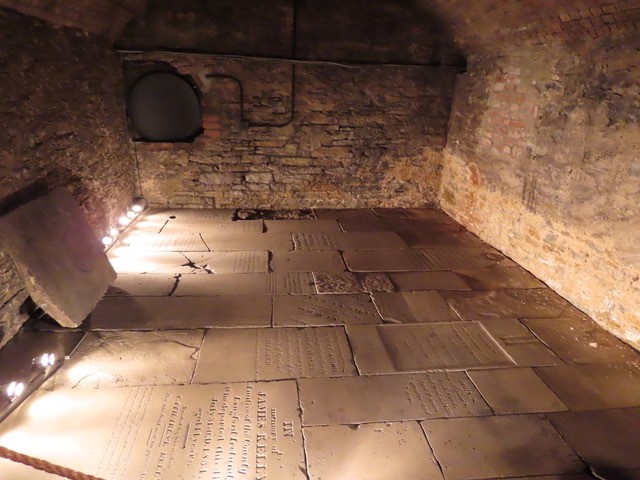 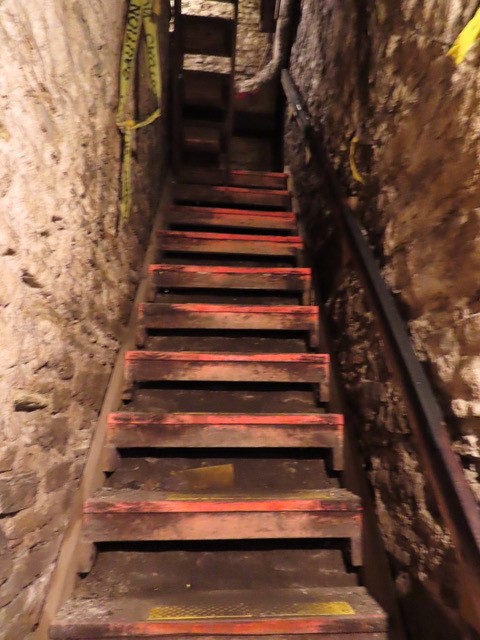 The next underground stop was to see some of the tunnels that brewery workers used to access laagering cellars and transport goods between buildings. We also went in a couple of large cellars and learned about the process of brewing lagers. It’s unbelievable what lies beneath the surface. 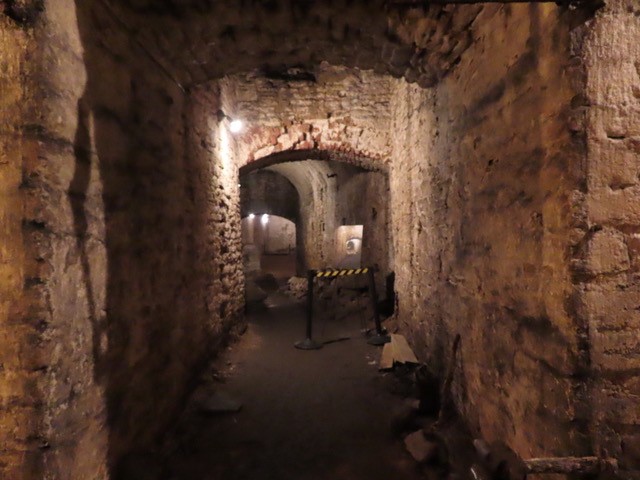 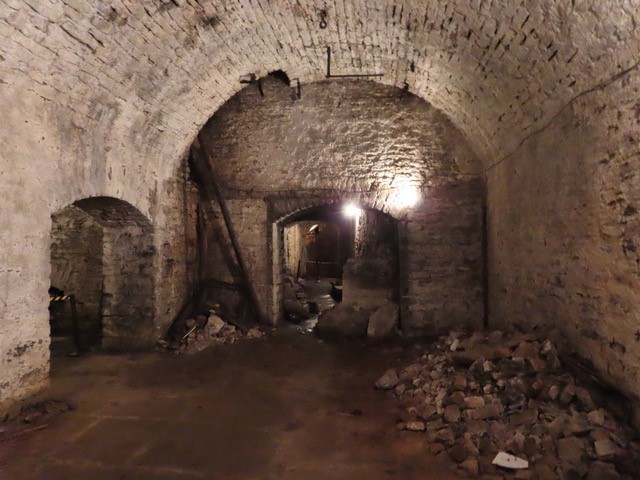 From the dark underground to the bright Krohn Conservatory where the Butterfly Show was being held. Btw…that’s not the order we visited these places, it’s just the order I chose to share with you. I wanted to end Cincinnati on a cheerful note! After visiting Union Terminal with our friends we had lunch downtown then headed to see the butterflies ~ it was a fun day with Doug & Sharon. Dale was so patient taking pictures of these beautiful creatures. We were all so hot inside, but it was worth it. 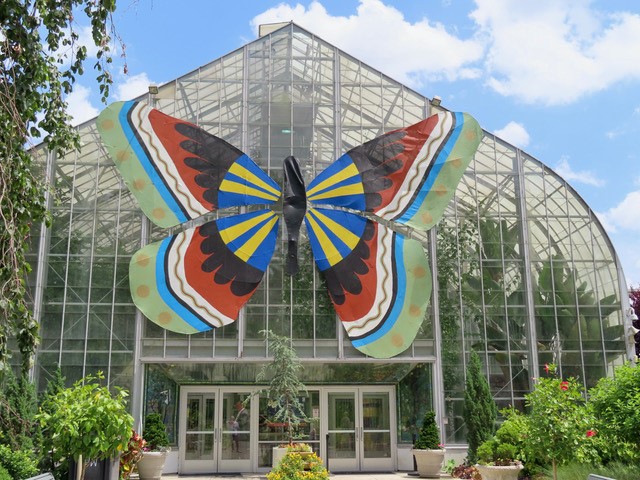 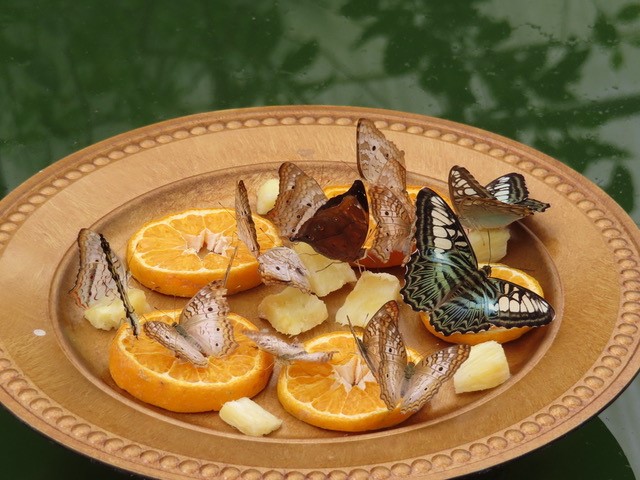 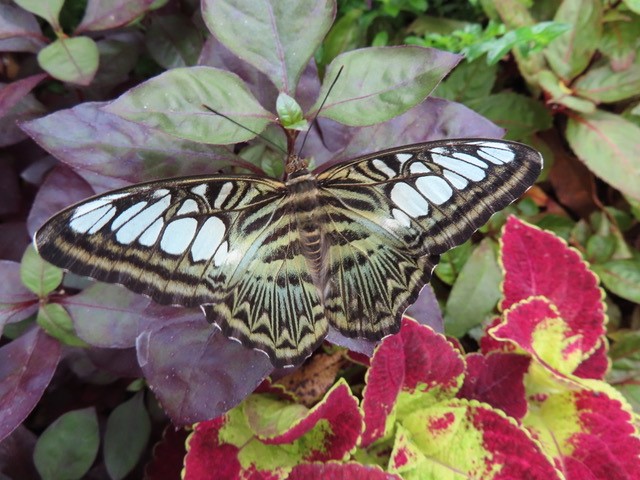 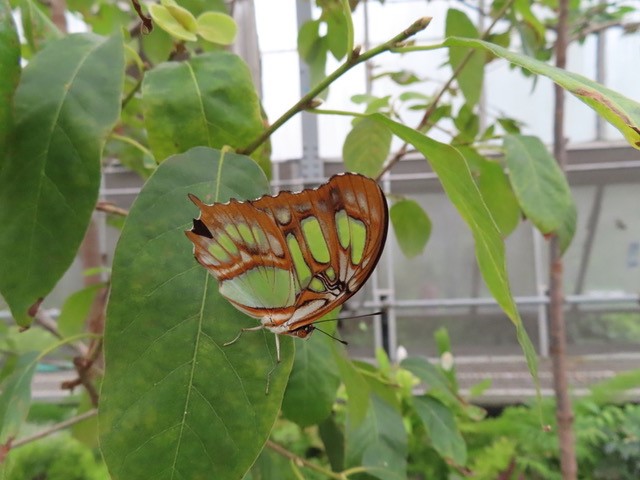 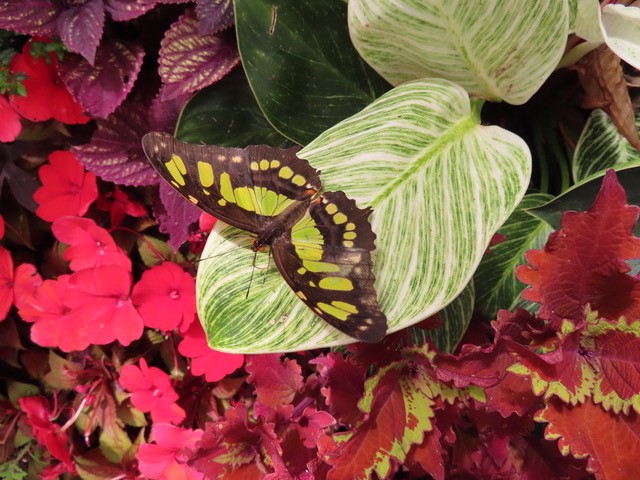 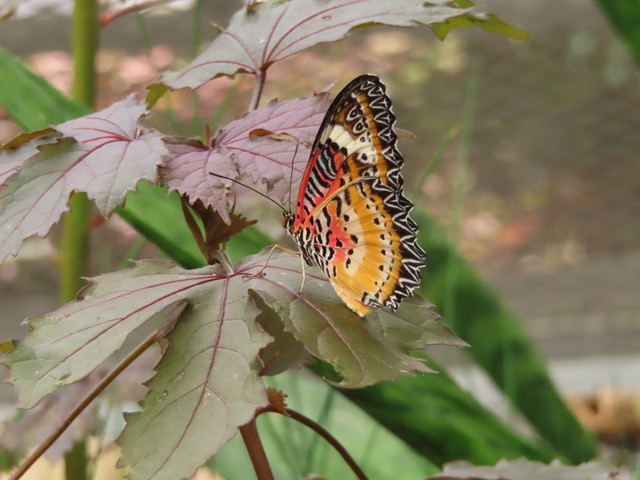 As always, happy camping! Until next time -